From Megyn Kelly to Katie Couric, all female broadcast journalists have one thing in common: wearing makeup on-camera is part of the job. But some of these brilliant ladies chose to make their fresh faces the top story in their lives, off set and even in front of the camera. Here are the news anchors who are completely unrecognizable without makeup.

An award-winning correspondent who’s been seen and heard by millions of people over her long career, Katie Couric is an institution in the world of American journalism. But these days, she’s not afraid to get real with the public about her makeup routine.

Lori Stokes currently co-anchors Good Day New York, but before that, she was a co-anchor for ABC’s Eyewitness News for 17 years. While she originally wanted to be a writer, the mother of two changed her major to broadcast journalism, and found success in the field shortly thereafter.

You might not believe it, but Stokes is in her late fifties! And yes. Her makeup-free selfie only proves she is ageless!

Gretchen Carlson knows a thing or two about beauty, given that she won Miss America in back in 1989. But the former CBS and Fox News anchor is more than just a pretty face. She’s an author and an advocate who bravely filed a harassment claim against the former head of Fox News in 2016. And when it comes to putting her best face forward? She did an entire segment of her show The Real Story without makeup.

That reason was to send an empowering message to girls, about their value. Keep watching the video to see news anchors who are completely unrecognizable without makeup!

GOTHAM KNIGHTS Video Recreation Trailer Drops with a Tease of The... 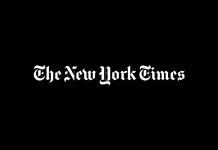 this dragonfly diffuser set balances on its beak whilst spreading mild...

Coronavirus: Shielding results in England as lockdown ease not on time